Hey there, everyone! I'm currently prepping to leave the house on a Thanksgiving trip, and I won't have access to any of my files while I'm gone, so it's time to release v.05!


Because of the craziness of last month, I had to move a few things to the next update, because of a lack of time - mostly animation work. Now, for v.06, I'm focusing on things that will be relatively easy to do, in the hopes of giving myself some time to catch up. That doesn't mean there won't be a good amount of new content, though!

Hey there, everyone. Time for a pre-v.05 update. 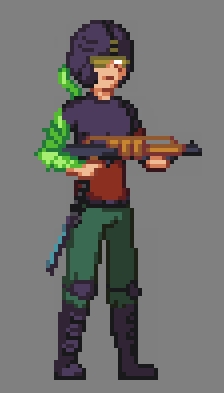 This is the Warped Soldier. I'll let you ruminate over what exactly has him so warped, but rest assured he has nothing good in mind for Alicia. The Warped Soldier fights with two separate weapons; a 3-shot laser rifle, and a stun baton. He tends to keep his distance, shooting at Alicia until she's knocked down, but if she decides to get in close he'll attempt a melee strike with the stun rod, which can instantly knock her down if she gets hit by it.

Personally, I think he's one of my favorite enemy designs so far, offering tricky combat and an interesting look into what's really going on with this planet.

In addition to that, there's one other thing I'm going to be showing off. 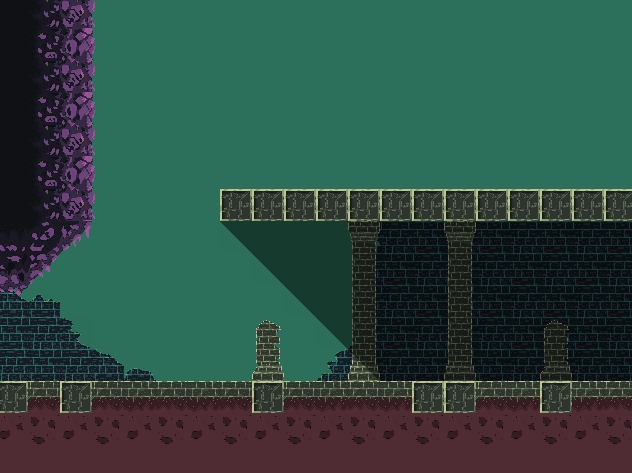 This is a screenshot from the Summit, the second area Alicia visits in her quest. The Summit is jam-packed with ruins, floating platforms, and surprisingly advanced technology, only one of which is visible in this screenshot. Between cramped indoor corridors and vast, open areas, there's plenty to see.