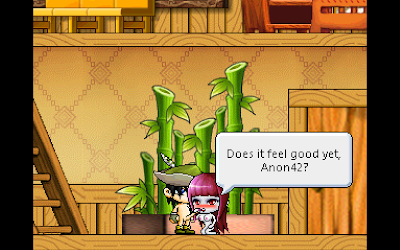 i started work on a customizable dialogue system today. at the moment, its fully functioning and i havent run into any problems, but its also largely incomplete, and probably wont see a public release for at least a few days, depending on how much i work on it.

right now, its functions allow you to write dialogue and determine the females eye/mouth animation during each individual line. the # symbol breaks the current line, although the dialogue bubble does not resize itself, so it requires some trial and error to get the line fitting correctly. the mouth and eye selections are purely numerical, so ill have a chart made eventually that shows which eye and mouth is which number. it wont be the most user friendly thing in the world but its the best i can do.
currently, the dialogue is chosen at random from one of 2 selections, but i plan to add more to make it around 6 per stage (the stages being the different speeds of the act.) unfortunately, i dont know a way to make the dialogue choices unlimited, so when its released youll also only be able to use 6 different lines for each stage as well. hopefully that wont detract too much from the feature, although i can add more selections if you guys really want me to, its just tedious work.
i plan to add both sequential and random dialogue selections; sequential would go from dialogue 1 to 6 in each stage, then automatically continue to the next stage, and random is pretty obvious. i can probably make it so sequential allows you to dictate a dialogue line that will skip to the next stage, so you dont HAVE to have 6 lines in each and every stage, but im not sure yet, ill try and figure it out when i get around to it.


if you have any suggestions regarding the dialogue system, or just features you would like implemented, dont hesitate to leave a comment about it - no suggestion is a bad one (except futa. those of you wanting futa, look elsewhere.)
-Anon42


P.S.  for those of you who follow me regularly, know that i will be very much inactive during most of june. i have prior obligations and i wont have much time to work on the project or update this blog. ill do my best to push this release before i go inactive, but if it doesnt happen, you know why.
Posted by Anon42 at 2:34 AM 25 comments:

dont get too used to me updating at this speed though, i need to get back to doing other things. this has been my sole focus for the past 3 or 4 days, so updates will still come, but probably not as frequently. 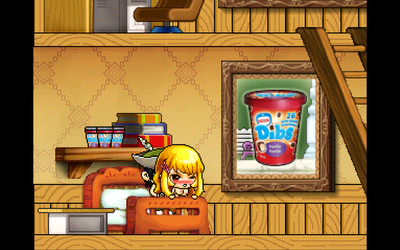 now featuring 15 hairstyles and 3 eyes, each with their full color sets, 3 skin colors, and pointed ears. and a lot of behind-the-scenes shit you guys wouldnt care about.

another update will come soon after i can find a damn ejaculation sound effect, but in the meantime, grab your dick and double click, for pooorn, pooorn, pooorn
-Anon42

any of you magnificent bastards know where to get halfway decent sex noises? penetration/moaning/orgasm/etc.

UPDATE: keep those hair requests coming people, i havent updated the mediafire link on here but i already finished adding in all requested hairstyles. eyes are a bit slower as they require more animation so dont expect too many of those any time soon, but hair only takes 20-40 minutes per style to implement, depending on layer complexity.
Posted by Anon42 at 7:33 PM 27 comments:

the beginning of a new era 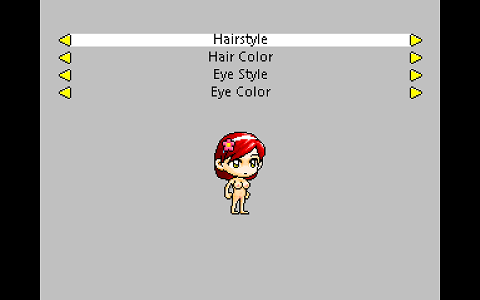 now that the pleasantries are out of the way, let me start off by saying: BLOGSPOT, WHERE THE FUCK IS MY SEGOE UI? you guys are bad, and you should feel bad. my disappointment is almost palpable.

i feel it is my duty to inform those diligent enough to actually notice this blog of a little project you should be looking forward to. i still havent decided how large-scale it will be, but the image attached should give you at least an idea. i wont say much but it should be easy enough to figure out, for those of you who know my track record. i will say, however, that it is closely tied to my most recent update, http://www.mediafire.com/?g12gewfl1ng4e0v - for those of you who missed this link, it was posted in my most recent animation on rule34.


i urge those of you interested to comment telling me your top 3 female eyes and hairstyles in maplestory, preferably with pictures of them if possible (i used bannedstory 4 for character graphics, and some of them are unnamed, especially the eye styles.)